What George Washington Told Me 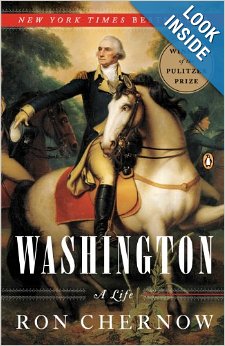 Having just finished Chernow’s 830 page book on George Washington, I have some thoughts on what he might have to say to us through his 18th century dentures.  (Apparently, not made of wood, but teeth from other people or, at times, from ivory.  Note to self.  Thank the Lord tonight for modern dentistry!)
1. Your one life can make a difference. Washington was as indispensable a man as ever served his country. I have doubts that anyone else had the combination of ability and gravitas to lead this country through the revolution and founding of the government. Not Adams, Jefferson or any of the rest could have come close to matching George (we are on a first name basis) in coalescing a government and commanding the respect of the citizenry.

3.  Your failure isn’t defeat.  Wash (sort of a nickname I use for him) failed many times.  His early military career included a lot of setbacks.  But failure doesn’t have to be defeat.  One can learn and overcome. Victory often comes at the end of some painful defeats.

5.  You have blind spots.  He is on the dollar bill, but had a big wart.  While eloquently calling for freedom from tyranny, he owned slaves.  He seemed astounded that his slaves wanted freedom though he fought the British for freedom.  Odd that he couldn’t make that connection.  While he freed his slaves in his will, he didn’t seem to easily make the connection between their desire for freedom and his own.

We can learn from history and George Washington makes a pretty good teacher.

2 responses to “What George Washington Told Me”

This site uses Akismet to reduce spam. Learn how your comment data is processed.